The City of San Ramon (City) was incorporated in 1983 and is located in the San Ramon Valley of Contra Costa County, approximately 35 miles east of the City of San Francisco in the San Francisco Bay Area.  The San Ramon Valley has long been considered one of the most desirable living areas in the Bay Area because of its scenic beauty, suburban charms, excellent school systems, and proximity to major employment centers. The City occupies a land area of 18.56 square miles and is surrounded by the communities of Danville and Dublin, as well as the unincorporated lands in both the Alameda and Contra Costa Counties. 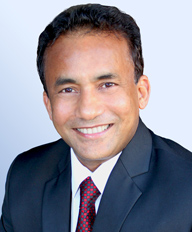 Sunny is the founder of Windemere Realty Inc, a real estate brokerage firm he started in 2012. Sunny is an experienced, resourceful and skillful realtor serving his clients since early 2006. In founding Windemere Realty Inc., his mission is to passionately provide top notch quality service to his customers at an affordable price.

He also brings to the table over 15 + years of management and negotiations skills from his software & technology background within a top Fortune 500 company.